The team of Al Quds cultural center for children at youth- one of UHWC cultural center- in Biet Hanoun, implemented an initiative called “Land is ours”, on Wednesday 11th March 2015, to deepen the children’s commitment to their homeland.

The initiative targeted 40 children in addition to some volunteer from the center, where the initiative discussed the land day and the emphasized the importance of the Land day, and the reason behind allocating one day of a year to celebrate the Land day.

Where the talents’ program coordinator / Abeer Shabat said that this activity came within the context of implementing the Talent’s nurturing program activities inside the center from 1st Feb. – 30th March 2015, which aims to nurturing talents in Dabka, poetry, presenting, theater and folklore dancing.

A closing festival will be implemented at the end of the program on a land of one of the destroyed areas due to the last Israeli aggression in the Gaza strip.

Thus, coordinator of Al Quds Cultural Center / Mona Sami Musa said that this initiative is part of several initiatives that have been carried out inside the center from which to teach children how to properly planting, tilling the watering the soil, where after children planted and plowed the land.

This activity is part of a series of activities UHWC is keen to implement through its cultural centers with children, adolescents and youth to strengthen the value of the land and preserve it, especially at Biet Hanoun area, where it has been completely destroyed after the most recent conflict. 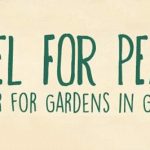 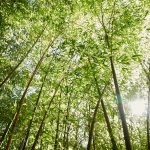