Why Children Do Better When They Get Outdoors

The first warm weather here in the UK generally means a few things – the impending start of tennis at Wimbledon, school examination time, and the smell of cut grass. Inevitably, pupils and teachers start to wish they were outdoors and not stuck in a classroom. There is now a growing body of evidence why teachers should respond to these urges and incorporate outdoor places into their teaching and the school day more widely.

A new study published in Proceedings of the National Academy of Sciences by a team of researchers from Spain, Norway, and the US found that time spent near or in green places, especially those in and around schools, can improve learners’ cognitive development. Payam Dadvand and colleagues found that pupils’ ability in memory tasks and to maintain attention improved over time if their schools had green spaces on their campus and nearby.

The study involved 2,500 children aged seven to ten in Barcelona, who were tested every three months over a 12-month period. The researchers found small but significant improvements in “working memory”, “superior working memory” and “attentiveness” in pupils with green areas near and in their schools. Importantly, in this rigorous study, the effects of greenness were found regardless of the socio-economic background and education of parents.

The Spanish-led team sought mainly to explain and explore the medical reasons for their findings. It could be, the authors argue, that with green spaces children are less exposed to traffic and the kinds of pollutants that are likely to negatively influence development, especially at the younger ages. There are also possible explanations such as the reduction of noise, the likelihood that children will be more active, and, the presence of natural microbes – which I think we can take to mean that “making mud pies” is good for your development.

We have some way to go to grasp the other knock-on effects of green space. For example, we know from other studies that exercising in green spaces and greenness in one’s neighbourhood improves mental health through lowering the risk of anxiety and depression. It could be that happier children are better able to learn too.

Finnish psychologist Kalevi Korpela has done useful work in this area. He found that spending “time out”, time alone or times in one’s favourite place in nature have positive effects: reducing stress levels, muscle tension, heart rate and other physiological factors. It has been argued that being alone in nature is “restorative” for us, allowing us to clear our minds, and deal with our troubles, and feel better about ourselves. It even appears that the more stressed you are, the more likely that this solo time in nature will be the prescription required.

Different “dosages” of green space can have a range of different effects on different kinds of people that are only recently being uncovered. Richard Mitchell’s work in Scotland has found that access to green or recreational areas led to a narrowing of the differences between rich and poor on some measures around mental health. Another recent study looked at how even visually experiencing nature – in this case looking at photos and videos may increase one’s disposition to cooperate and to engage in certain actions. For some, the type and duration of the required “dose” of green space in our increasingly urbanised settings is an important consideration as we move towards deeper understandings of its effects.

Lacking in much of the research reported upon above is any in-depth consideration of the way people’s engagement with nature and green spaces are influenced by society and culture, and by the types of natural places they go to. In education, we need to do more work to understand better how pupils are using green spaces for travel to and from school, during playtime, and within the curriculum.

Given the wider literature on the effects of having green spaces nearby, we might expect that engaging in more purposeful activity in nature for educational ends (rather than merely looking at it or having it nearby) will boost pupil’s achievements and attainment. In my own research, funded by a consortium led by Scottish Natural Heritage in Scotland, we looked at the provision of outdoor learning opportunities for children.

Our study used teacher’s reports on pupil’s experience of over 1,000 lessons outdoors. We noted that outdoor educational provision had increased between 2006 and 2014. But, it was striking that outdoor experiences in green areas (such as parks, gardens, wildlife areas and woodland) were comprehensively seen by teachers as important for both increasing learner engagement and enhancing pupils’ “challenge and enjoyment”. This finding seems worthy of further investigation.

It seems that research across many areas and disciplines now needs to be combined to fully understand the green uplift effect in many aspects of education, health, development and well-being, particularly for young people. The majority of us will soon be living in cities worldwide so there are new and important reasons for planning for green space in all local areas but within and around schools and pre-schools. In the meantime, I suggest that we should begin to green our educational provision – and our own backyards and schoolyards are certainly a good place to begin.

This article was originally published on http://theconversation.com/mud-pies-and-green-spaces-why-children-do-better-when-they-can-get-outdoors-43151 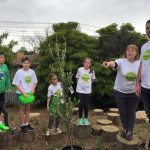 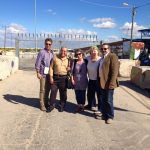 A Quick Visit To GazaGaza, News