As 2014 comes to a close, we would like to thank you for your support and contribution over the past twelve months. The vision of building a children’s garden in Gaza is still as strong as the day Moira Kelly raised this with Yasser Arafat in 2004. However this is no small feat and as such the wheels may appear to be turning slowly but we have achieved much over this year, particularly in locking down our charitable status, becoming incorporated and designing a beautiful concept plan for the land in Khan Younis.

As you may be aware, 2014 has been a devastating time for the people of the Middle East with once again war raging in the region and many lives lost and homes destroyed. We share the despair and hope that 2015 will finally bring a lasting peace.

Many people have questioned why we would seek to build a children’s garden in a land that has so many primary needs – housing, schools, medical facilities and basic infrastructure that we here in Australia take for granted. Global Gardens of Peace fully supports the need for these things. However we also recognise the great value that a public garden can provide in rebuilding damaged communities. Our Gaza project is not about pretty flowers. There is an increasing body of evidence from research world wide that access to green spaces has a very significant role in supporting the physical, psychological, social and emotional wellbeing of individuals and communities regardless of economics. The Gaza Strip has negligible public green spaces and combined with its population density, urgently needs these areas to meet the whole needs of human beings and to rebuild the community. Most importantly, we believe strongly that we should focus on new beginnings and provide space where children can simply be children. Where they can find their wild place to make sense of their world, safely test out their environment and interact with one another in a safe, unstructured and gentle place. The children of Palestine need these places desperately. We do not shy away from our mission despite the difficulties presented as surely they are not as difficult as the daily challenge that these children face.

Our task now for 2015 is thus: continue to speak about our vision to as many people as we can; focus on a concerted fund raising campaign to raise at least $10 million; continue to build partnerships with people, organisations and governments across the globe; and officially launch the Gaza project in Khan Younis to show the people that we have not forgotten or shirked from the task. We also hope to identify other communities where the creation of a garden for children will bring peace joy and laughter to their world.

On behalf of our team we thank you for travelling on this journey thus far and hope that you continue with us. We wish you a very happy festive season with family and friends and look forward to an exciting and productive 2015.
Global Gardens of Peace. 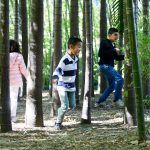 Why building gardens is good for rebuilding communitiesGreen Space 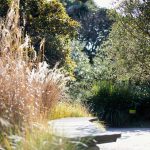