Why building gardens is good for rebuilding communities

Since 2010 the Husqvarna Group has been producing a report annually looking at trends and topics related to Gardens. Their 2013 Global Green Space Report focuses on the impact and value of green space on people and communities around the world. The report features several interviews with international researchers from a range of countries including the UK, America, Sweden and Germany. Sir Timothy Smit, Founder of the Eden Project states in the report; ” There are thousands of organisations around the world trying to make a contribution in “righting” the wrongs of the world.According to the US Writer Paul Hawken, globally there are more than a million organisations of this kind. This is a good thing. Eden does work with regeneration, sustainable management of waste and energy, renewable energy and so on. We also have programmes for schools such as “gardens for life”, linking countries in Africa with India and the UK, and many other initiatives in the social and environmental field. However, if you were to ask me what Eden is about, it is about reimagining new beginnings. People are so busy that they often don’t spend time imagining how you might start to change things from the very beginning. Most people start by trying to mend something that is broken or malfunctioning rather than scrapping it altogether. This is why we built Eden in a mine, hidden from view. This is why we don’t allow advertising on site and why we experiment with construction types and energy solutions, but mostly, what we are best at is in convening people and taking them to a place where they feel confident to re-imagine the future. This is what Eden’s core purpose is. It is a theatre of people and plants in which the play is new beginnings!

Green is totally important. Many surveys and some academic research clearly demonstrates that access to green spaces, even a view of green, even plants in a room, aid recuperation from illness and increase a sense of well-being. On a large scale, whole communities have been transformed by access to green space. Violence diminishes, social ills are ameliorated and children have a natural world in which to build their imagination and connection. It is totally important.” 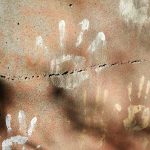